On the Canada Day long weekend of 2014, we decided to do a quick overnight trip on Adam’s Lake with the canoe. Having read some other trips reports about conditions and where to set in, we figured we would hit one of the forestry service sites on the west side of the lake for one night and then hit the water early the next morning. Adam’s has a bit of a reputation of being a rough lake and we wanted to be sure we would be across well before the usual afternoon winds came along. Additionally, the location where we put in the water was one of the narrowest parts of the lake, and thus, one of the quickest places to get across to the eastern side of the lake.

We ended up staying at the Sandy Point forest service site a bit north of our launch point the first night and ended up having a really terrible night. We had forgotten one of the rules of front country camping; don’t expect a good night’s sleep while staying at an unsupervised camp ground on a long weekend. Parties rule and people will loudly go on until the sun comes up. The only consolation we got was making a lot of noise while getting ready to leave at 7am.

Once we found our way to the launch, it was a quick matter to get the canoe in the water and loaded up with our gear. There were some other vehicles at the launch, so we knew we would likely encounter some other paddlers out on the lake. 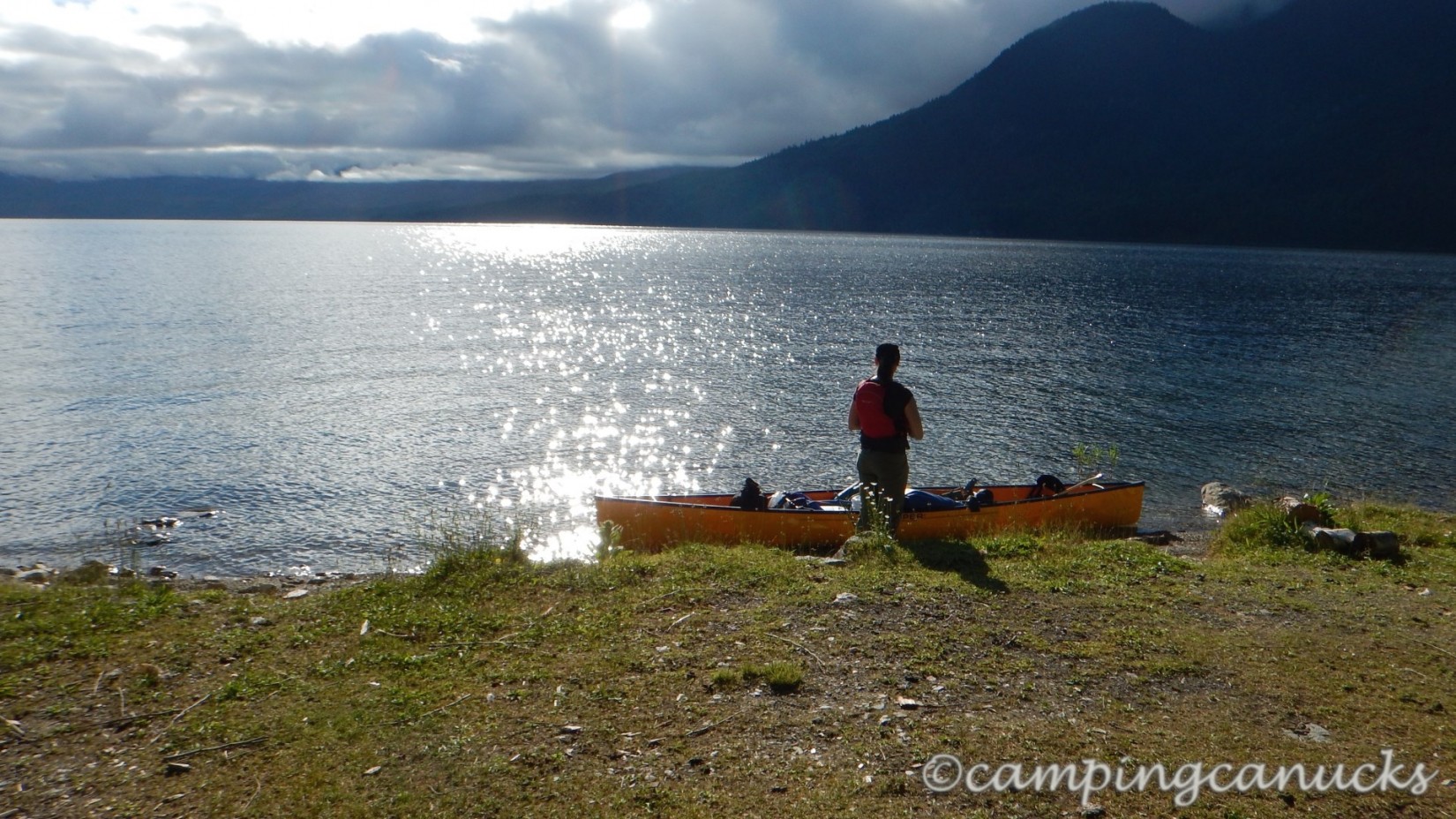 Getting ready to head across the lake

Once underway, we just aimed at the far side and headed across the lake. We didn’t really have a plan for where we were going to camp for the night but we figured we would end up either at Spillman Beaches Park or Poplar Point Park, depending on how far we paddled and how busy the parks were. This was a long weekend after all, and we did expect more than a few people to be camping along the lake.

As we expected, there were already people camped at most of the first sites along the Spillman Beaches. Since we were getting some geocaches along the way, we met up with other paddlers who were staying at one of the spots. What followed were some entertaining discussions as one of the gents really seemed to know the lake but also seemed rather reluctant to talk about it. By the sounds of it, he had his little sweet spots and wasn’t keen on sharing. Not a big deal, really, as we just figured we would paddle by any number of good camping sites and just stop where we wanted.

After a quick snack, we said our goodbyes, hopped back in the canoe, and were on our way. We decided at this point to head for the Poplar Point Site and either stay there or find something along the way. 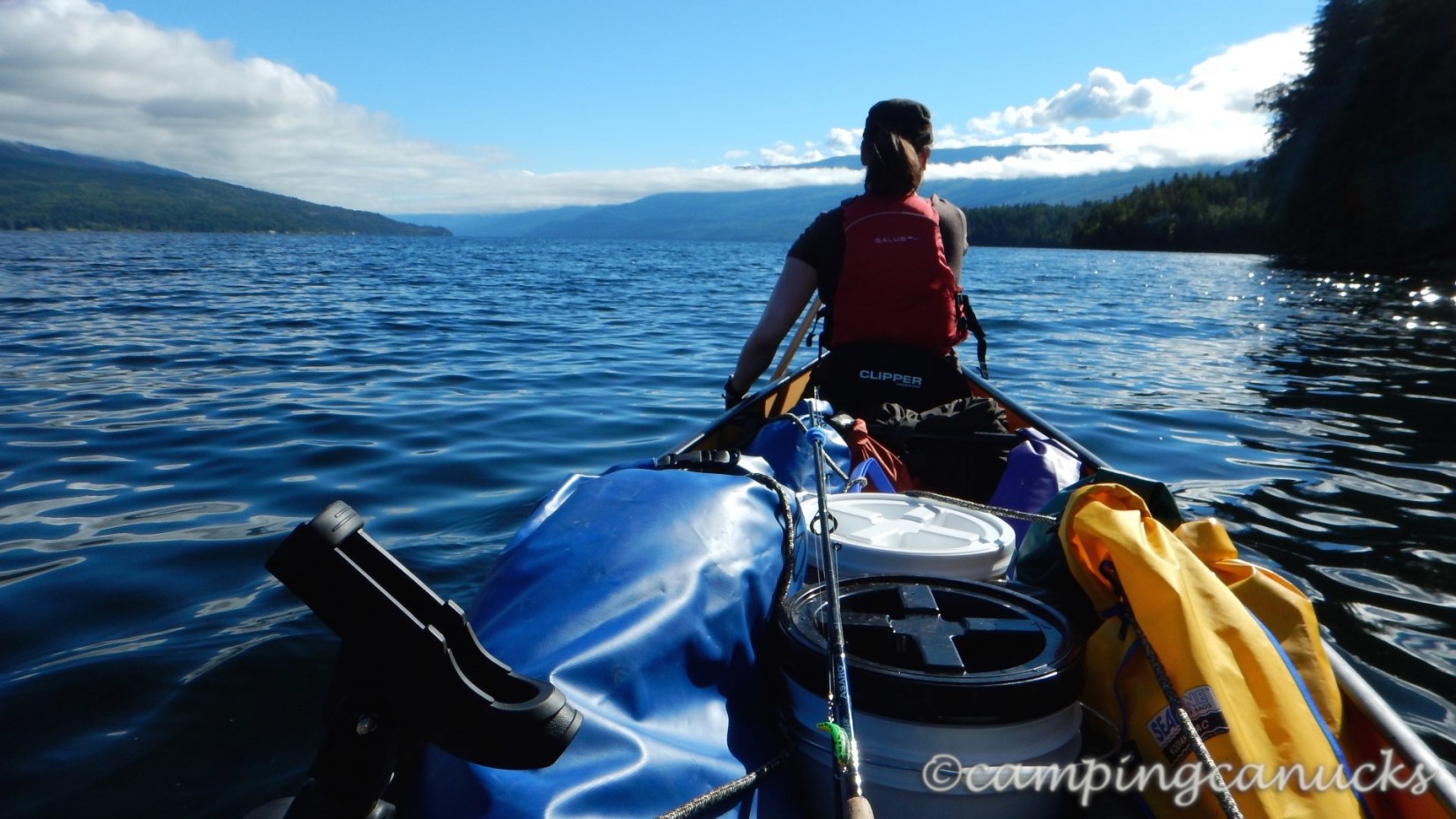 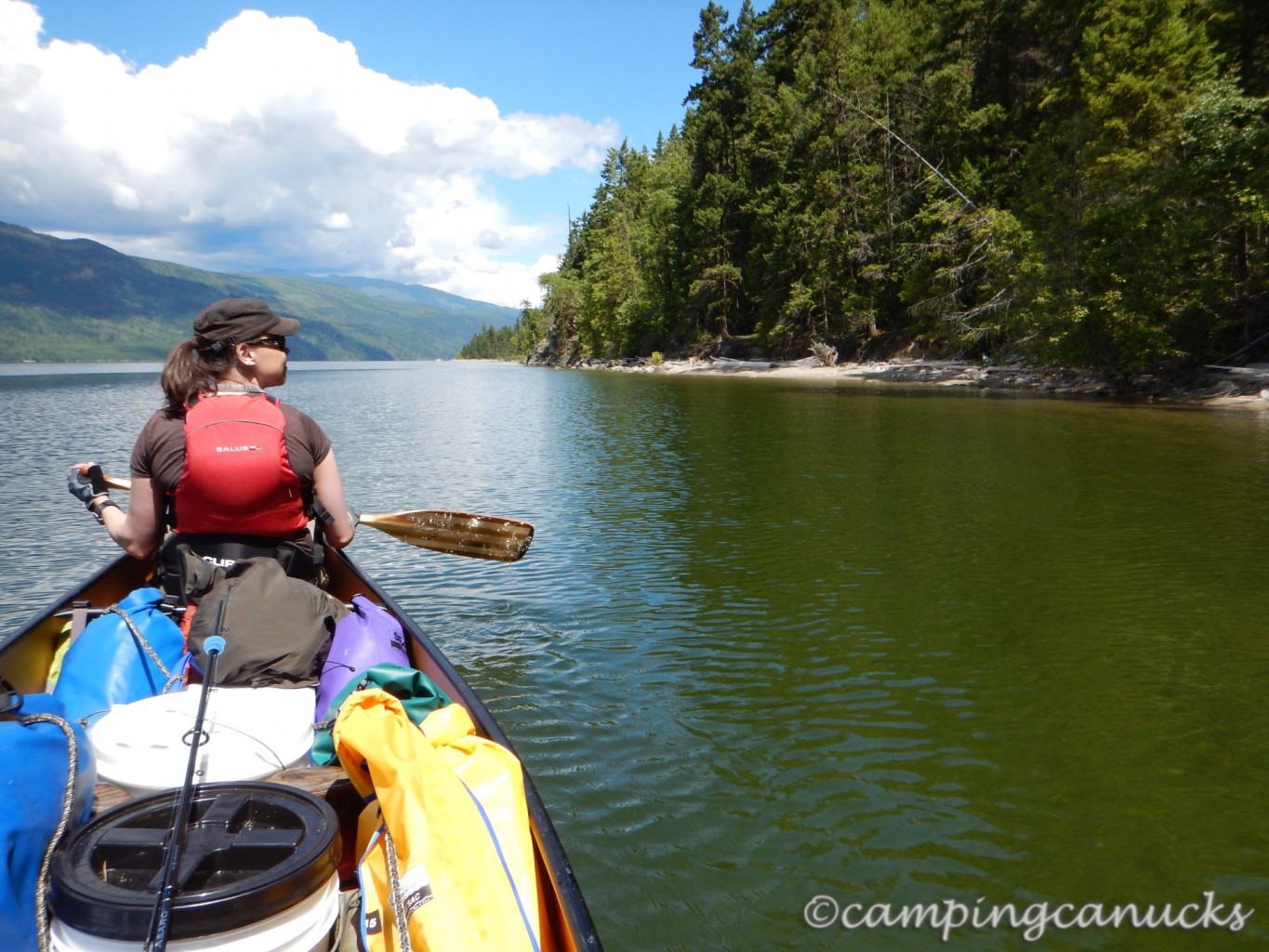 One of the beaches along the way

We took our time and followed the shoreline as we made our way up the lake. You don’t really appreciate what a lake has to offer until you slowly wind in and out of its various nooks and crannies experiencing the many beaches, colours of the waters, and the many different rock formations along the way. Having only ever seen Adam’s Lake from the road, we truly came to enjoy the beauty this lake has to offer.

Many of the choicest camp sites both in and out of the parks were taken but we noted several locations that we will come back to and spend a night at another time. We made a few stops along the way to scope some of them out as well. 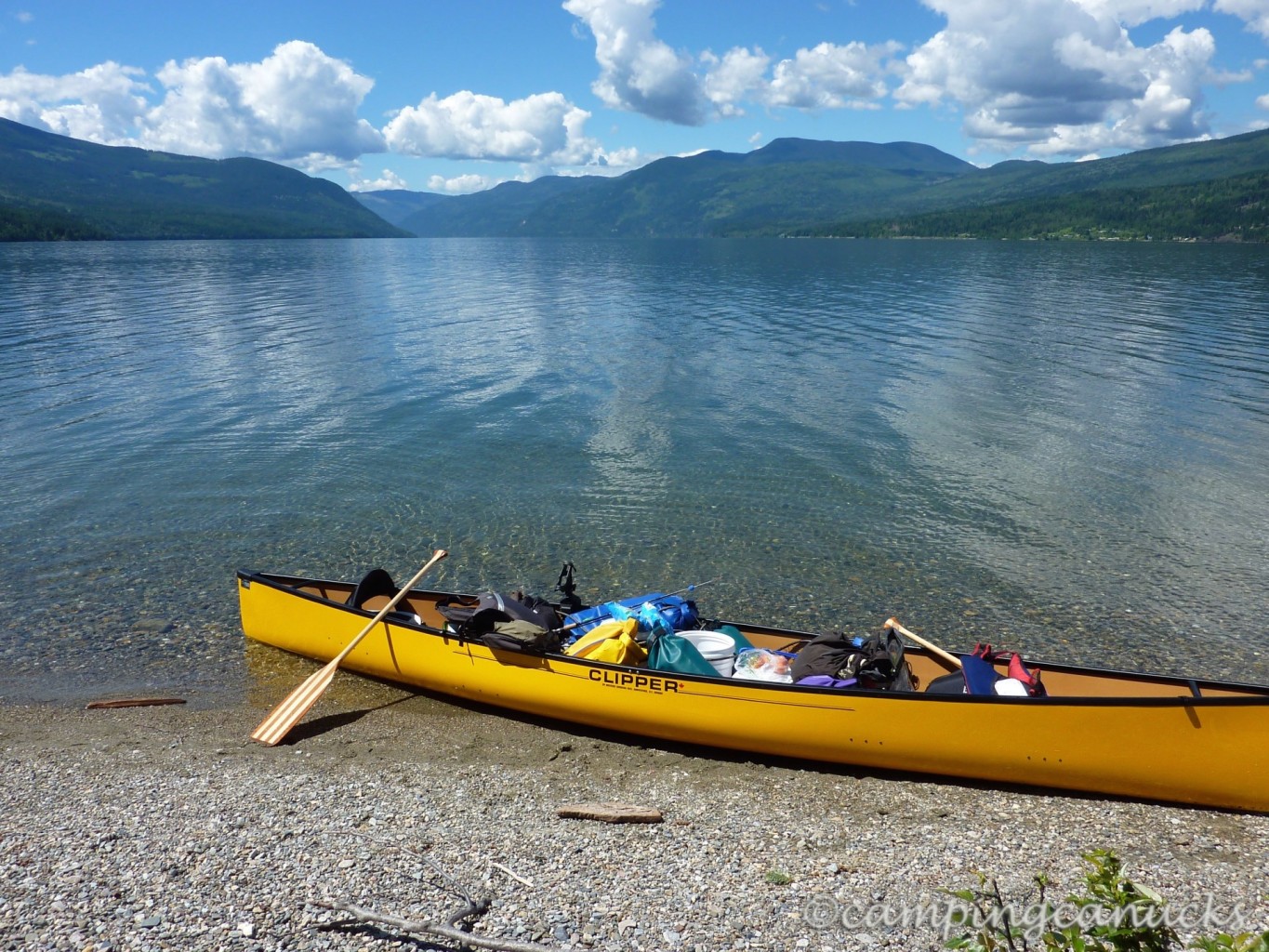 The canoe relaxing on a beach

Eventually we found ourselves at Poplar Point. It had been a bit distressing because we had seen a number of power boats coming and going to the point and we were concerned that we would arrive and find it was a party spot. And minutes before we arrived, two jet skis showed and parked on the beach.  As it turned out, we had no issues with getting a spot. The people on the jet skis were just there to sunbathe and swim so we had our choice of locations.  We found there was a picnic table and nice spot up in the trees but we settled on a spot further down the beach just in the trees. Shortly after settling on it, two canoes arrived from the north and they claimed the picnic table site. They also seemed to want their privacy and we were ok with that.

Overall this was a pretty good spot but there were two things that kept it from being the perfect spot; almost no shade from the mid-afternoon sun, and the whole site was swarming with nasty red ants. I got bitten numerous times and had to walk into the lake often to wash the little bastards off of my legs and feet. There were some mosquitoes and flies but nothing too bad. That’s relative, though. Raegan got swarmed by mozzies and I got swarmed by ants. 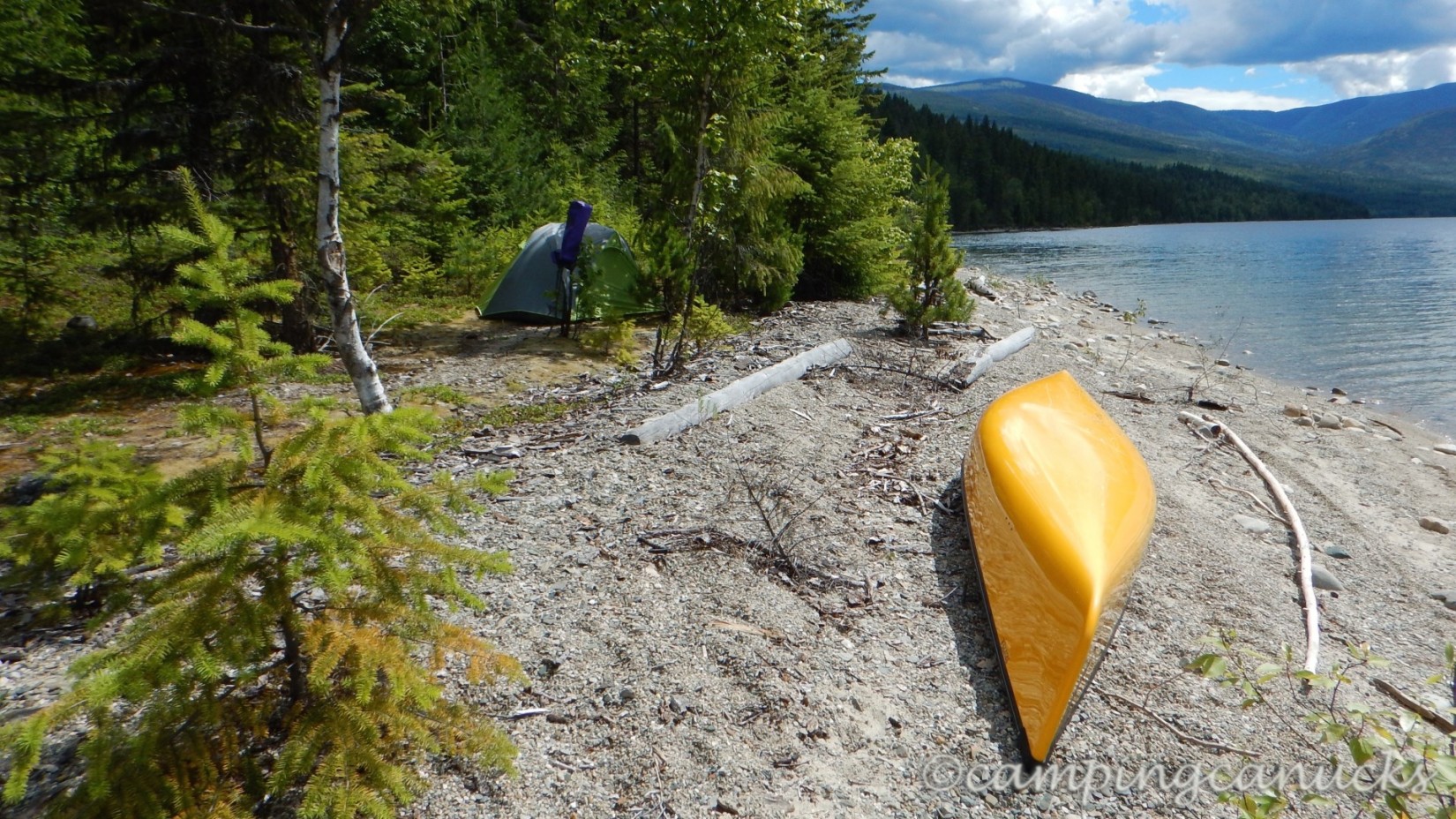 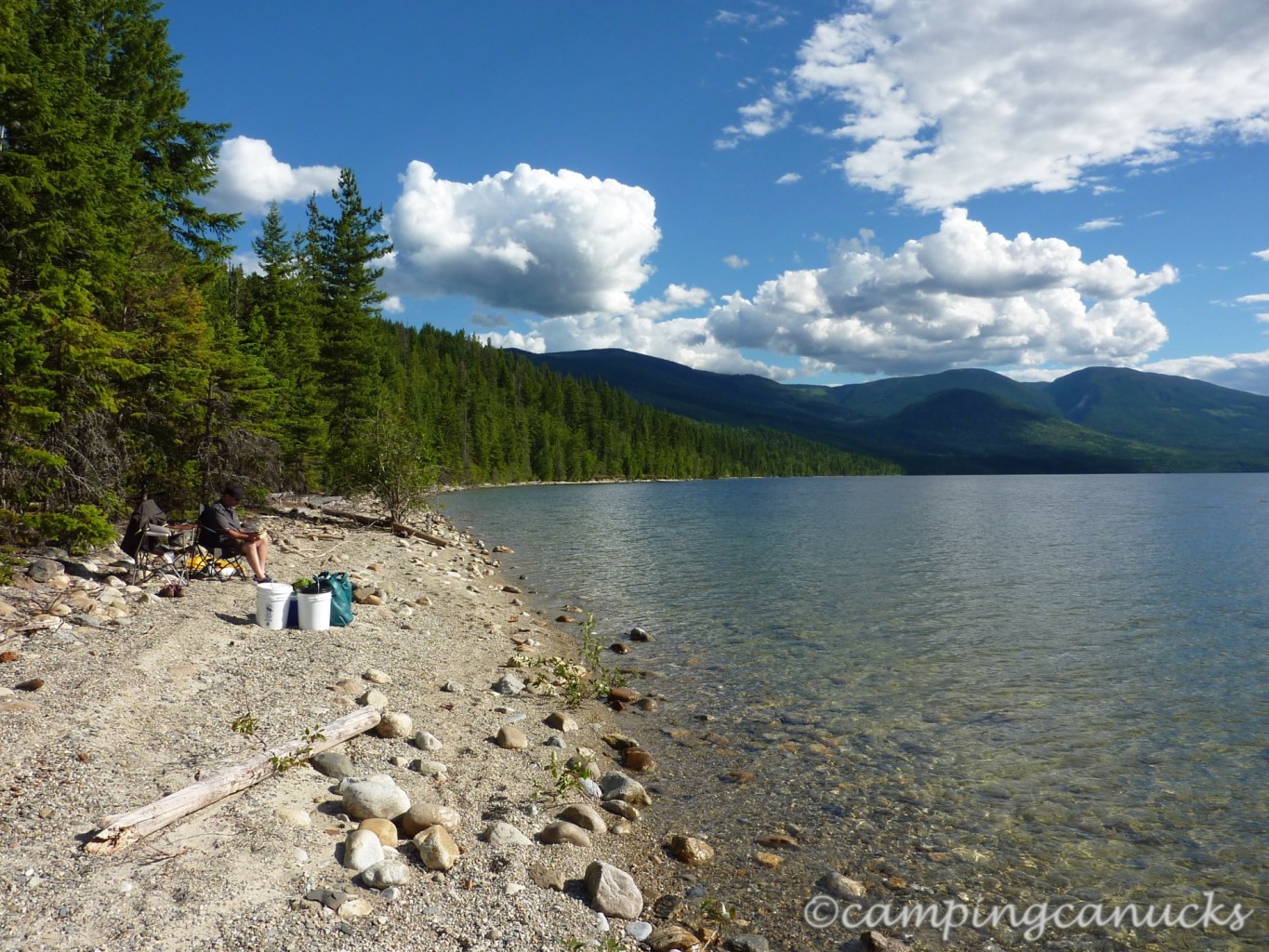 Relaxing on the beach

We more or less just lazed around for the rest of the day and found out that we were lucky enough to be sharing the area with a bald eagle. It sure made a lot of noise but we didn’t actually see it fly over the lake once. 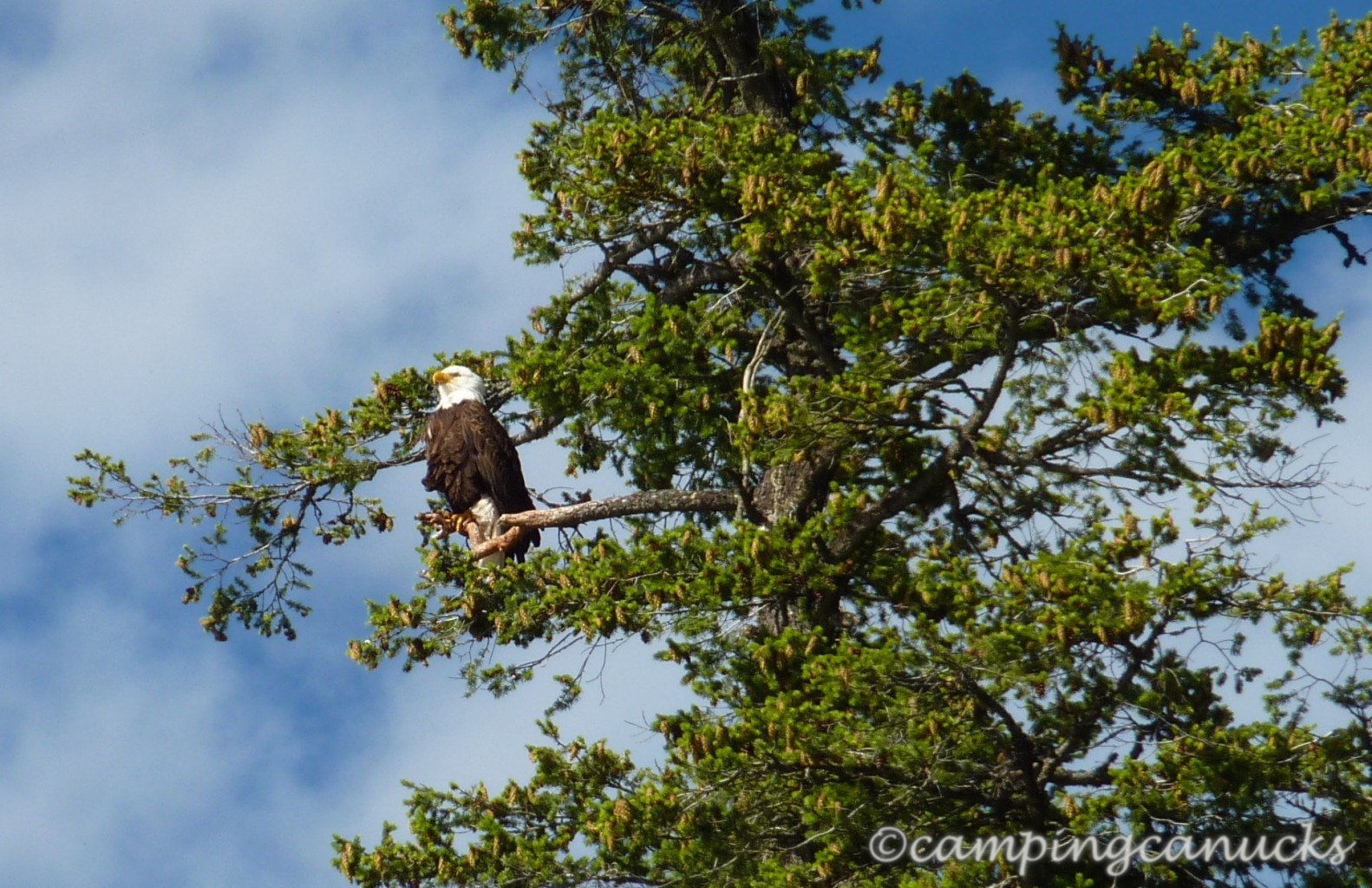 An eagle in a nearby tree

With the water being as warm as it was, we also enjoyed some nice swimming, where I also got to test out my new waterproof camera :).

Once the sun set, it cooled off nicely and we got ourselves a fire going on the beach for cooking dinner and just to enjoy into the night. Having a few beers along settled us in nicely and we ended up having an early night. It’s hard to stay up late whether you’re canoeing or backpacking. Usually once it’s dark, you’re pretty well tired out from a long day of exercise and often, a long day in the sun. 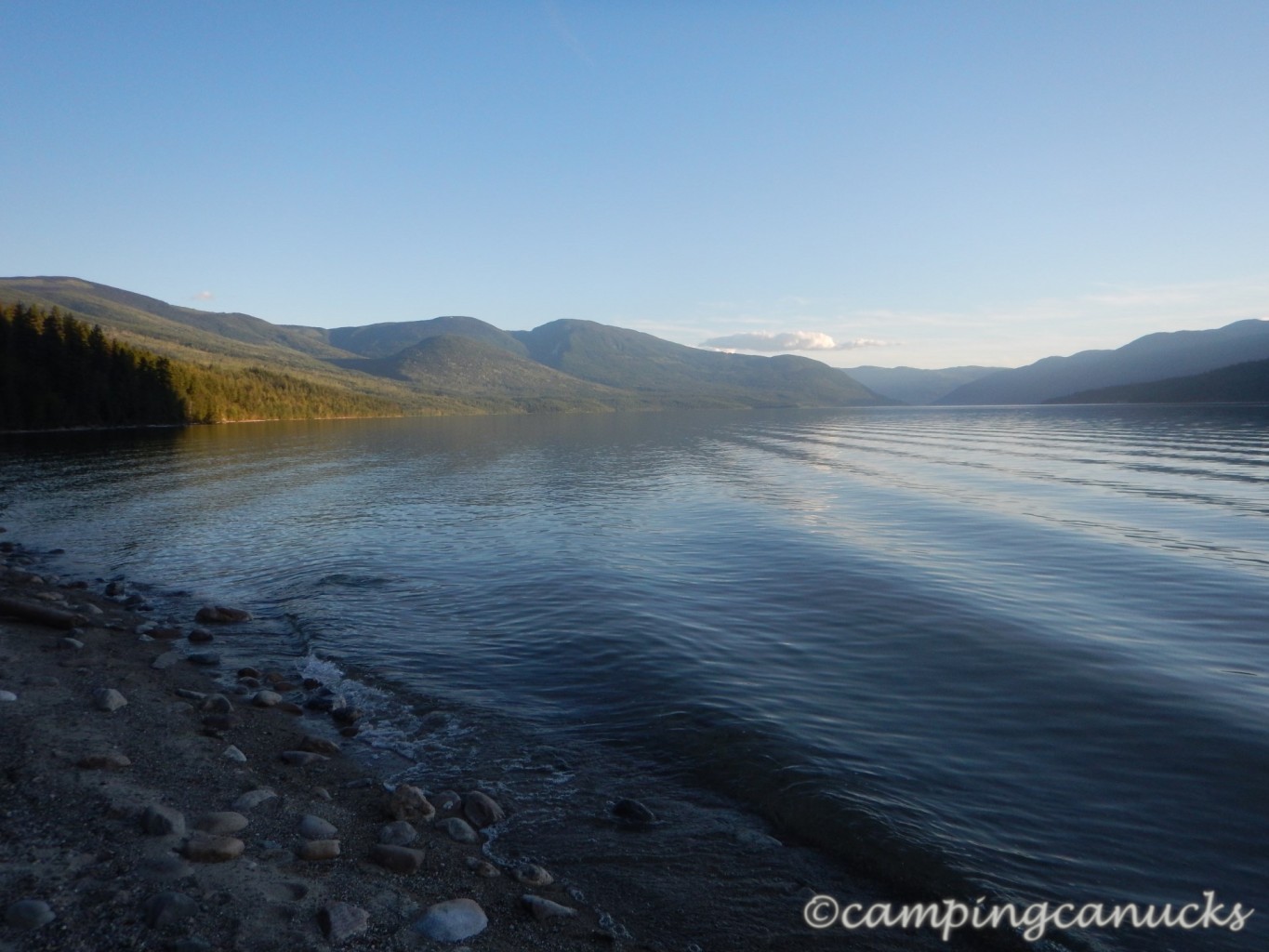 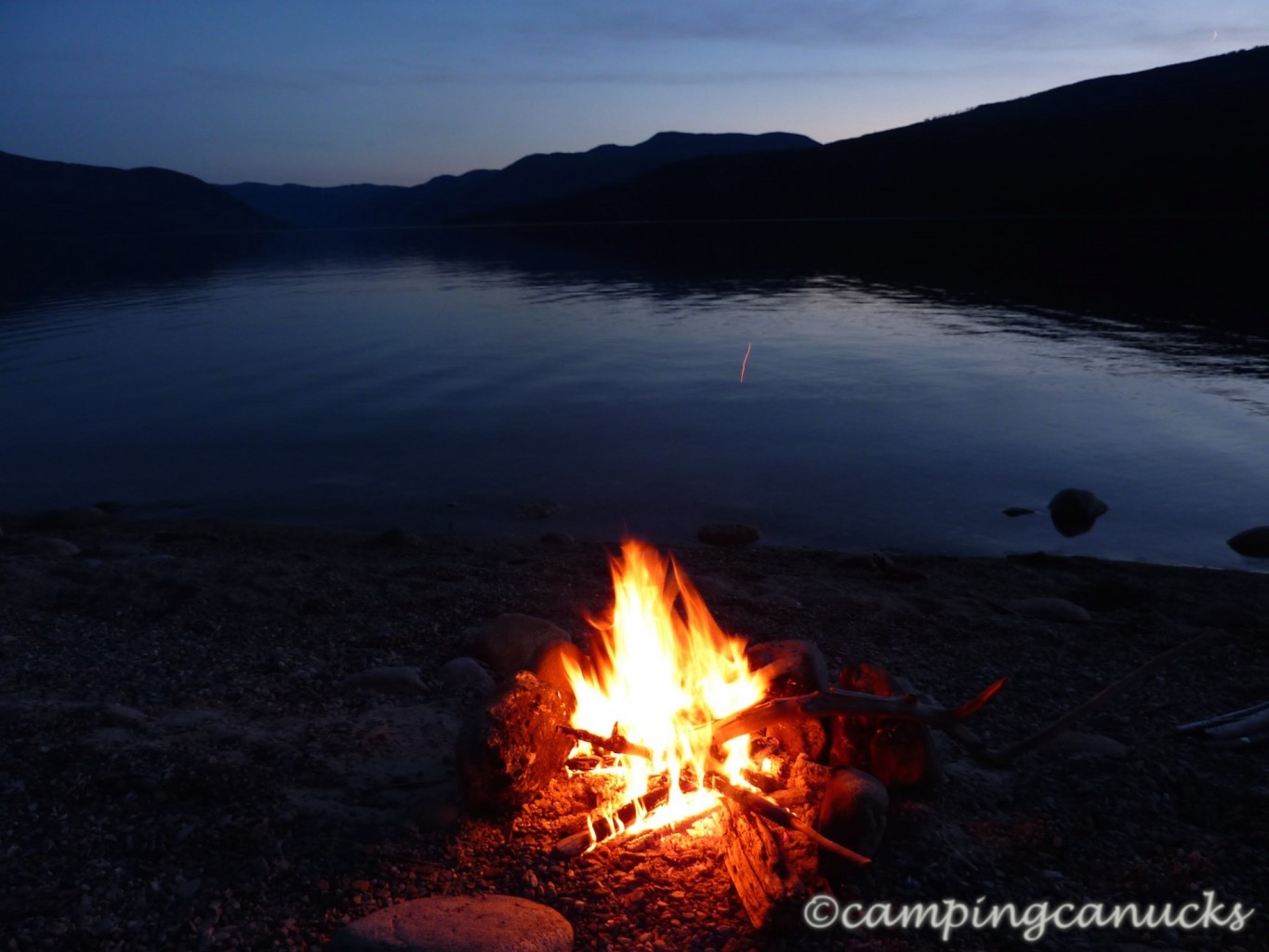 Fire on the beach

The next day, we awoke early as is the habit and packed and loaded everything up. The plan for this day was to just head back as quick as we could and head for home so we paddled back towards Spillman Beaches. We stopped for a quick lunch at a site we had gone by the day before and, in retrospect, we wished we had come back to this spot as it was nicer than where we had camped the night before, and had no ants. Next time.

This was a nice little overnight trip that we’ll be sure to do again. With Adam’s Lake being as close as it is, we can now understand the appeal it has to paddlers who are looking for a quick weekend getaway.