Kirk and I are always looking to backpack into the alpine as soon as the snow is gone and June 2013 was no exception. We’d been keeping an eye out on the Well’s Gray trail report and as soon as the roads and trails were clear, we made a plan to head up to Battle Mountain.

The BC Parks website doesn’t provide a lot of info about the area so we assumed no facilities and ensured we would have everything we needed. The trailhead was easy to get to and the first thing we noticed were the numerous mosquitoes swarming us as soon as we got out of the vehicle. I’ve been in many a buggy place over the years but for some reason, Well’s Gray just seems to the worst for bugs during certain times of the year.

The trip up to Fight Lake is not really long, coming in at 11km, but it is quite a climb for the first while. In fact, you gain 800m elevation in the first 8km. Quite a workout while wearing a pack especially early in the season when I was not as conditioned as I should have been. But once you overcome the big elevation change, it’s a nice stroll through the alpine meadows. Being as early in the season as it was, though, there were no flowers blooming yet. 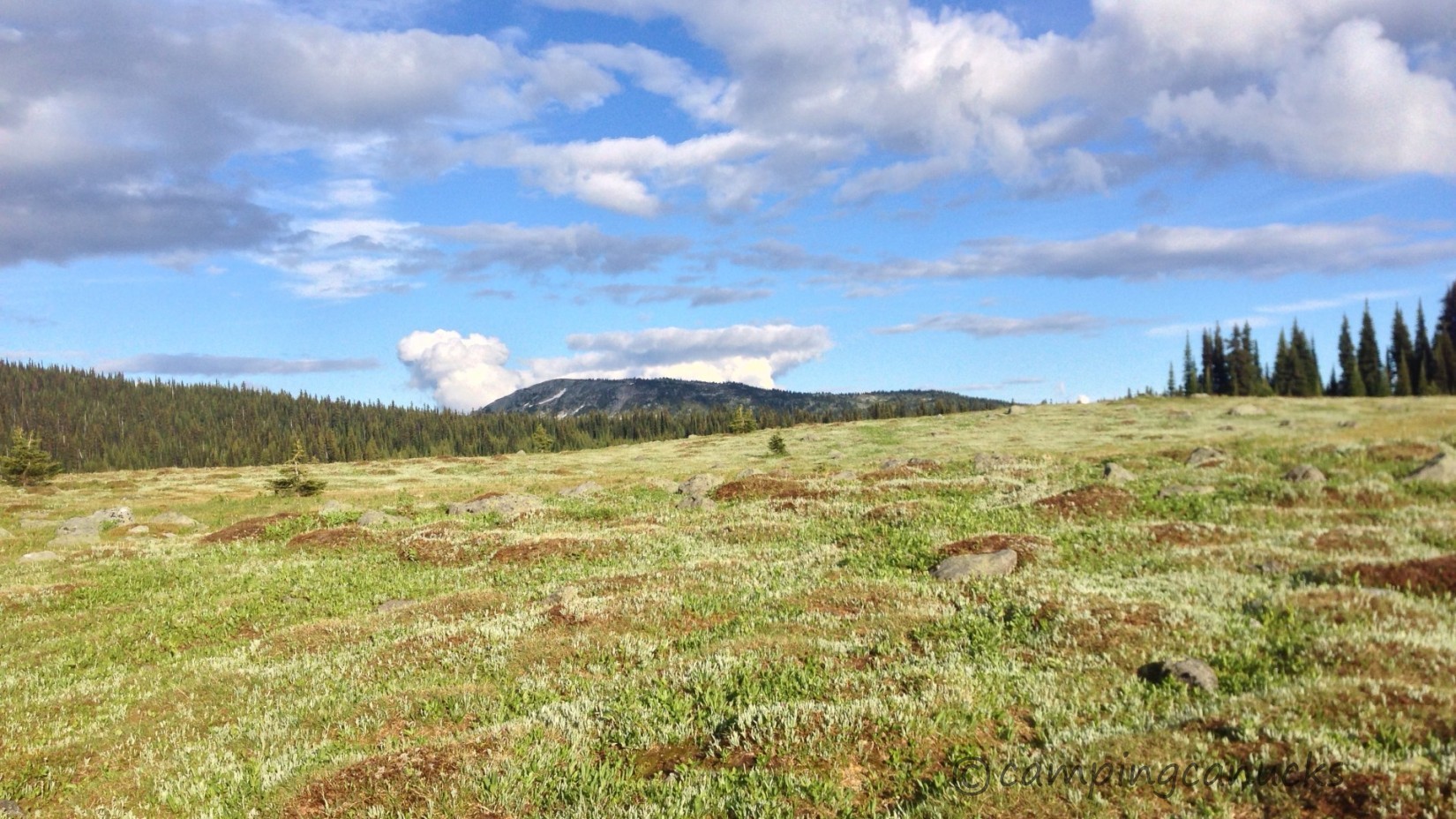 Our first stop was the public cabin that is near Fight Lake. We figured we would check it out and possibly stay in or near the cabin. However, after a quick peek inside, I don’t think I would consider sleeping in it unless it was an emergency. You would be sharing the space with a lot of critters and bugs. There was also a log book inside with a relatively recent log about a grizzly spotting nearby. Always something to be aware of. Outside of the cabin, the ground was way too soggy to set up a tent so we made our way over to Fight Lake.

It was a short hike on an easy to follow trail over to the lake. Finding a spot to pitch the tent was not quite as easy. The snow had recently come off of the alpine but the ground was very watery and soggy. Every step caused water to push up out of the ground and you certainly don’t want to set up a tent on ground like that. Eventually we managed to find a rather slanty spot that was more or less dry. On a good note, though, there was both an outhouse and a food cache at the site. Always a bonus. 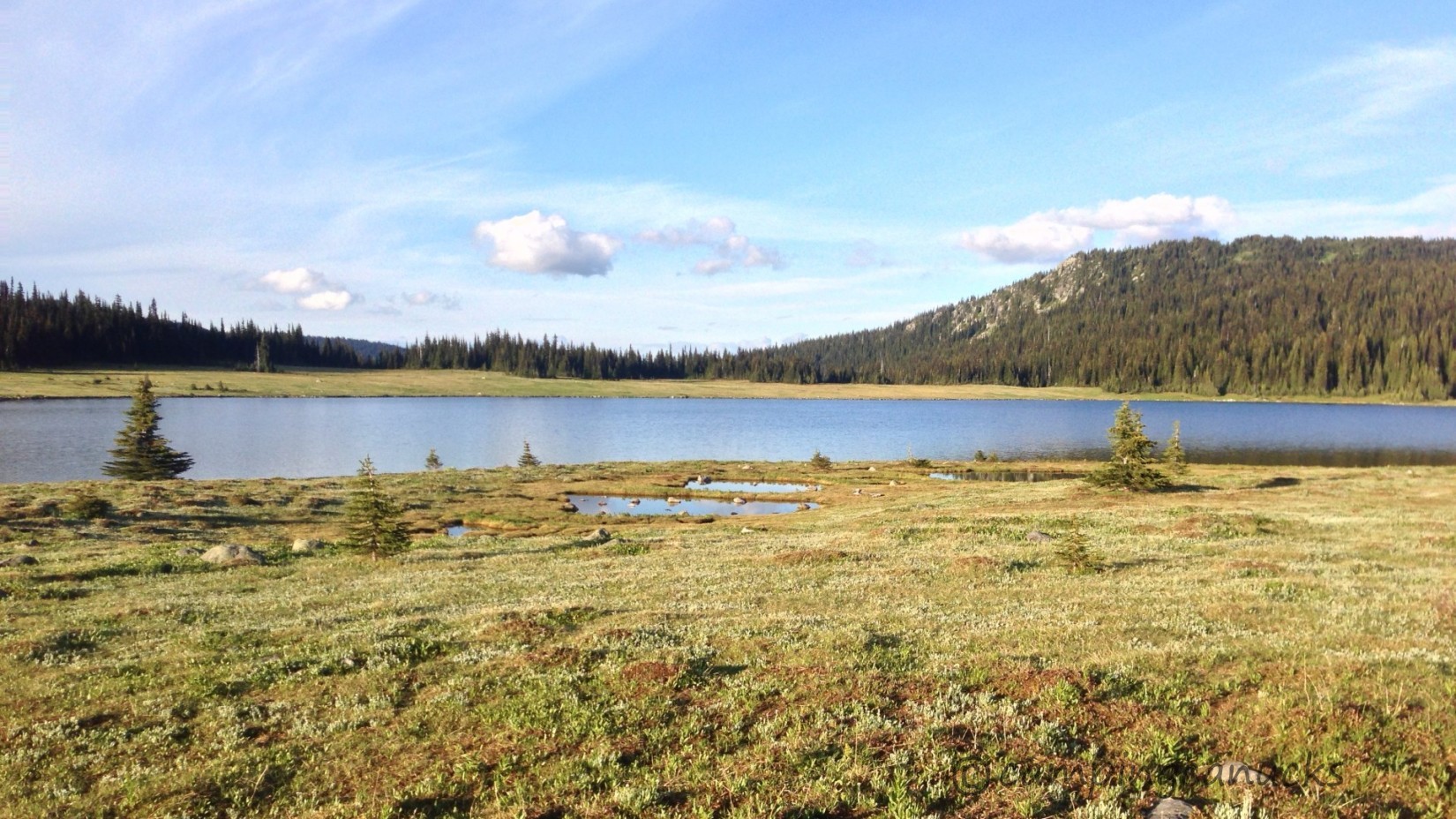 Our initial plan had been to establish a camp and then make our way up to Ridge 52 and Battle Mountain. That was overly optimistic as we realized that from where we were camped to Battle Mountain and back was nearly 20 kilometers. Being late in the day at this time, as we had just kind of moseyed along and had had a late start, made us realize that was more or less a day trip. Ideally one would come up to Fight Lake for two nights and spend the second day going up to the mountain.

We resolved at that point to come back another time for a couple of days and do some more exploring of the area. Wandering and sitting around gave the bugs ample time to seek us out and it wasn’t long before we were being swarmed like I’ve never seen before. Funnily enough, I found a mosquito net lying on the ground that seemed to have been left behind mere days before as it was not even wet or anything. It even had the name Lucas written on it. I felt vaguely bad for Kirk as I enjoyed my newfound bug protection that evening.

Being as it was a short trip, we had brought a couple of beers along and soon had a nice little fire going in a fire ring that someone had built before. We relaxed, had dinner, enjoyed the sunset, and called it a night once dark fell. 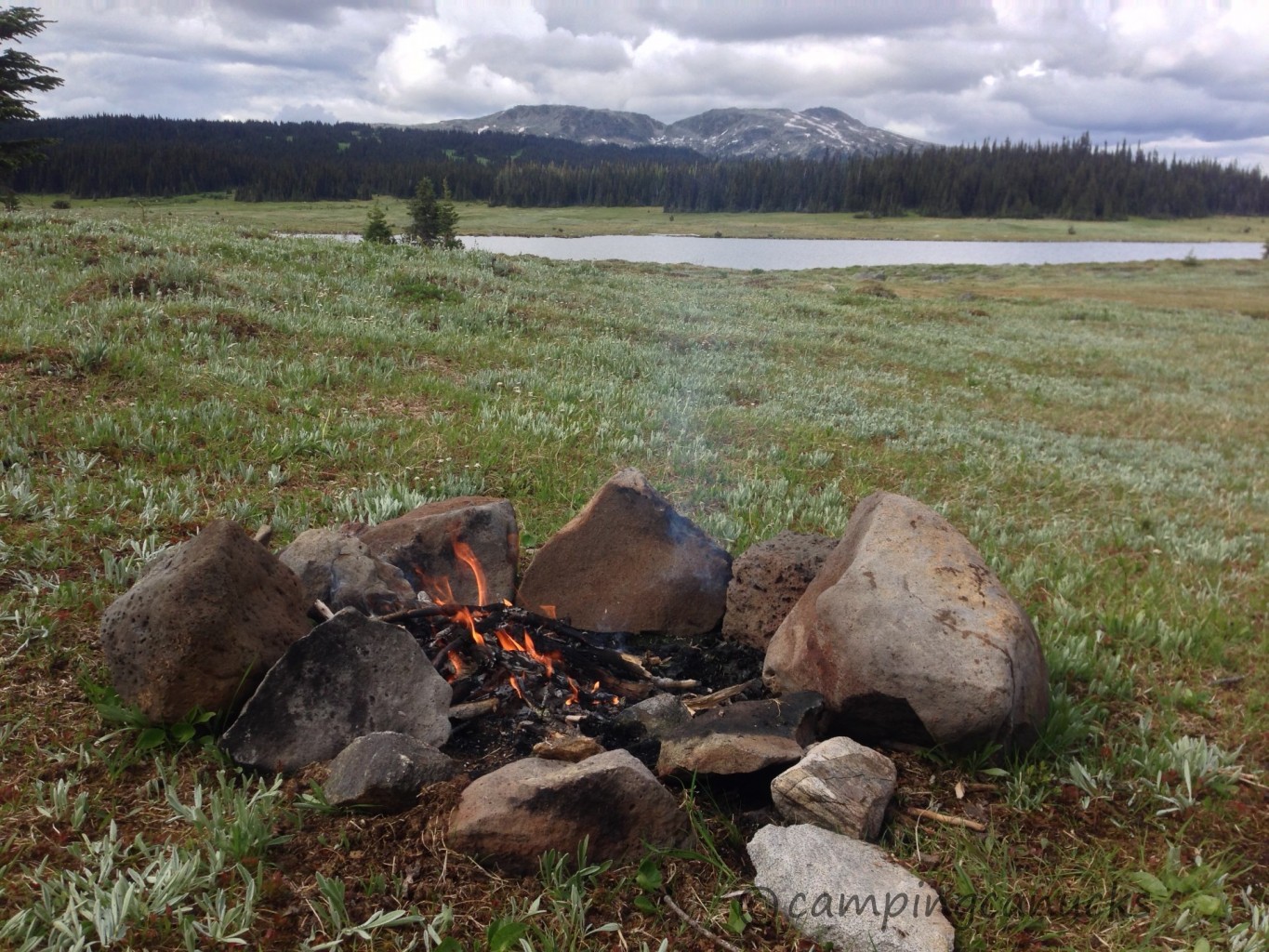 With the morning, we just packed everything up and headed back down, somewhat driven to keep moving due to the incredible numbers of mozzies that were all over us. On the way from the camp, we actually found a pair of pants someone had lost, which lead us to joking that it was all that was left of some poor soul who got swarmed by mosquitoes. 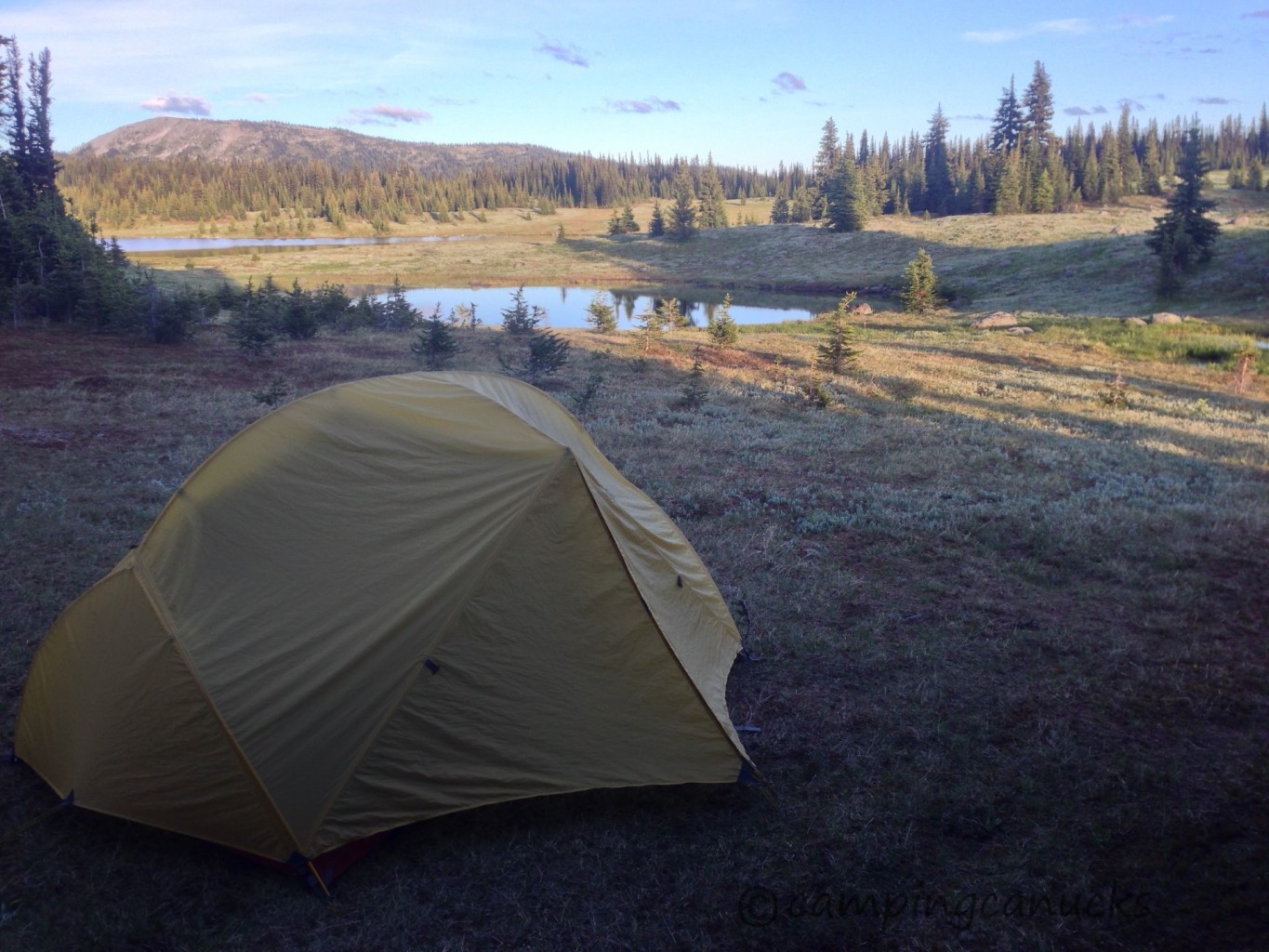 I look forward to going back up there again. This would be another trip that I would do later in the season; August and September probably being an ideal time. And next time, two nights would be nice.